In the first of a series of articles celebrating Pride Month, we talk to four authors about LGBTQ+ themes in children’s literature and the importance of writing uplifting endings. 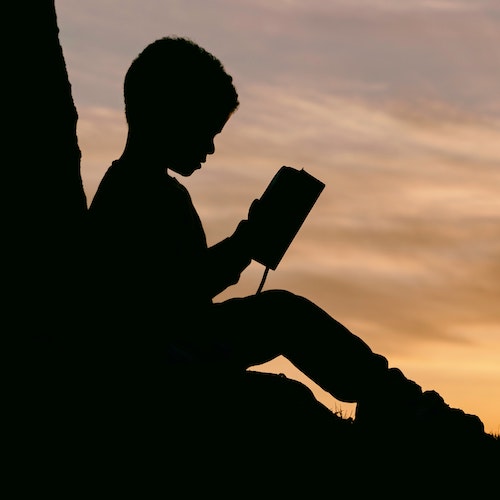 'In general, positive endings are important in books for young people but especially for LGBTQ+ young people.'

From coming-of-age novels for teens, to a fresh take on traditional fairytales, children’s and young adult fiction now reflects our evolving family set-ups and increasingly open conversations about gender and sexuality. Yet this wasn’t always the case. ‘At the time Rainbow Boys was published, there were literally a handful of books for young people that had gay characters in, but they always seemed to end unhappily,’ recalls prolific American author, Alex Sanchez, who released his groundbreaking debut YA novel in 2001. ‘There seemed to be an unspoken rule that if a gay or lesbian teen appeared, they had to commit suicide or die tragically – the message being that they didn’t deserve to live. What my publisher was excited about was that Rainbow Boys had an upbeat, hopeful ending.’

Thankfully, since then, there has been a seismic shift in the publishing industry and an explosion of children’s and YA stories featuring LGBTQ+ themes which seek not only to spark discussion but to reach out to people experiencing similar feelings and situations to the characters. Books such as these, of course, align with Quintet Private Bank’s key factors for a Richer Life such as well-being, family and feeling connected. ‘In general, positive endings are important in books for young people but especially for LGBTQ+ young people. As much as the world has changed in many places, in others LGBTQ+ young adults are still isolated and feel like the only ones,’ continues Alex, who cites nature, spending time with family and expressing his creativity as contributing to a Richer Life.

'Learning the language to describe how children feel about themselves means that they are better able to define the essence of who they are.'

Sending out an uplifting message was also the motivation behind Are You a Boy or Are You a Girl?, the first children’s book by the co-founder of Trans Pride Brighton, activist and author Sarah Savage which is aimed at three- to seven-year-olds. ‘I really want readers to have what I didn’t and what trans people of my age never had, which is models of positivity where gender variant children can see themselves in a successful future, being accepted without question by the people they love,’ explains Sarah. Her second book, She’s My Dad, aimed at children who have a transgender parent or relative, was published last year (a follow up, He’s My Mom will be released in August).

‘Now, the whole conversation about trans issues is out in the open, not hidden away like a decade ago, and more people are feeling comfortable talking about gender identity as something other than binary. The shift in children’s publishing has reflected that change in society,’ continues Sarah, who describes a Richer Life as being able to choose and cherish friends and family. Similarly, Alex, whose latest book The Greatest Superpower features a father who comes out as transgender, has also noticed the question of gender coming to the fore. ‘Now in any given publishing season there’ll be probably at least a dozen titles that feature LGBTQ+ protagonists, so the visibility has certainly changed. The other interesting trend is how many of the issues are around not just sexual orientation but gender,’ he says. ‘In my visits to schools it always seemed like the last couple of generations were questioning sexual orientation; now this generation is questioning gender expression.’

One way of discussing gender in children’s fiction is by letting readers make up their own minds, which is exactly what Sarah did in Are You a Boy or Are You a Girl?. We’re told that the main character Tiny loves costumes and dressing up but prefers not to tell other children whether they are a boy or girl. ‘It’s a way of getting children and adults to talk about stereotypes and how the idea of gender is a fluid thing; a lot of it is down to how someone perceives themselves,’ says Sarah.

'There should be books for everyone. Books where you can live other lives or find answers, and see your own life reflected – that’s the beauty of fiction.'

British award-winning author, Hayley Long's coming-of-age novel, What’s Up with Jody Barton?, was shortlisted for the 2012 Costa Book Awards; and leaves Jody’s gender a surprise - until 100 pages in. ‘Because of my previous books, my publisher told me that I should write a girl character and that’s what my readers were expecting,’ recalls Hayley, a former secondary school teacher. ‘So, I wrote about twins who fancy the same boy. I wasn’t misleading; I just didn’t use pronouns until the big reveal. There was an assumption that this must be two girls, but I didn’t say that.

What I liked was the idea that a 12-year-old could pick up Jody Barton along with a stack of other books and find themselves reading something that they weren’t anticipating.’ In contrast, one group of readers who knew exactly what they were getting were those turning the pages of Rainbow Boys. ‘The concern was whether there would be sufficient sales. What no one accounted for were the straight girl allies with LGBTQ+ relatives and friends who are part of that community and wanted to read about gay boys.’

Meanwhile, for those books targeting the younger end of the children’s market, part of the aim is to give readers the language they need to be able to discuss LGBTQ+ issues with confidence. That was certainly the case for American author, Christy Tyner, who wrote Zak’s Safari to tell the story of a two-mum family. ‘When my kids were little, my wife and I were looking for help on how to talk to them about their donor conception roots,’ she recalls. ‘I made the assumption that we would be able to draw from a book to get some help about something that we had no model for.’

When she couldn’t find anything suitable, she decided to write her own story. The first half focuses on the biological facts; the second is a celebration of family. ‘I wanted to write the nuts-and-bolts of conception, so parents had language to serve as a model for them and remove any element that was uncomfortable but also, in the second half, I really wanted kids to feel represented and see their own families. To normalise donor conception and help people feel pride in their family constellation is important,’ continues Christy, for whom a Richer Life means having the freedom and support to be our authentic selves.

'To normalise donor conception and help people feel pride in their family constellation is important.'

The notion of helping children give voice to their feelings is also at the heart of Sarah’s books. ‘Learning the language to describe how children feel about themselves means that they are better able to define the essence of who they are. Essentially what any trans activist really does is pass on their stories to the next generation in the hope that things improve.’

For Alex, young readers getting in touch is far more meaningful than five-star reviews. ‘Part of what’s so moving is realising that in many instances when readers contact me with their own story, it’s the first time they’ve told anyone and begun to accept who they are. So much of coming-of-age is about self-discovery regardless of where you are on the sexuality or gender spectrum. It’s about asking: am I going to be true to who I am, or pretend to be something that I’m not?’

Often, it’s this notion of acceptance – both of who you are and by others – that underpins LGBTQ+ themes in children’s literature. ‘By burying Jody’s gender in the book and not mentioning it until later, what I was trying to do was show that it doesn’t really matter; we’re all people,’ says Hayley. ‘We can all relate to the feelings of awkwardness and discomfort that come with a crush. There should be books for everyone. Books where you can live other lives or find answers, and see your own life reflected – that’s the beauty of fiction.’