"A Richer Life means the fulfilment of my dreams". Jo Malone CBE, the serial entrepreneur and “scent maverick” talks kitchen table face creams, conservation projects, and how she plans to leave “a little part of Jo in the world” as her legacy. 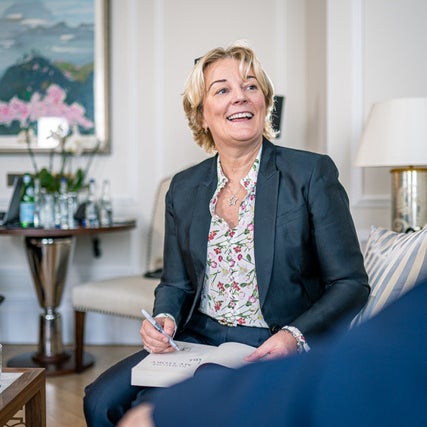 The serial entrepreneur spoke to Brown Shipley about how she plans to leave “a little part of Jo in the world” as her legacy.

Jo Malone CBE, on living a Richer Life, and why entrepreneurs have the power to see things differently.

Born in 1963, Jo Malone CBE has become renowned worldwide as a master of fragrance. From her first job as a florist, through to qualifying as a facialist, Jo began blending scents and face creams at her kitchen table, to support her family. Having launched her eponymous fragrance label and opened her first London store in 1994, she went on to build a global brand that she sold to Estée Lauder for “undisclosed millions” in 1999.

Five years later and she was back to challenge the fragrance industry once again with a scent, bath and body range built on memories, which she named Jo Loves. In 2016, she published her memoir My Story and in 2018, was awarded a CBE in the Queen’s Birthday Honours List.

She spoke to us at a Brown Shipley event in early 2020 to discuss why a Richer Life, to her, means fulfilling her dreams.